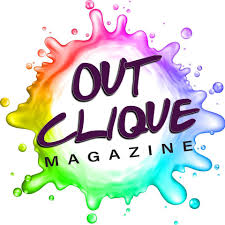 The Victory Dolls’ 1940s/WWII-era signature show, I Left My Heart at the Stage Door Canteen will debut the weekend of September 20th in Delray Beach and Boca Raton. Ticket sales open Friday, June 7, 2019 at 10MA. Tickets are $35 and $45.

The show features classic hits from that period: When the Lights Go On Again, We’ll Meet Again, Hot Time in the Town of Berlin, White Plains of Dover, and many of The Andrews Sisters hits such as Rum and Coca Cola, Shoo Shoo Baby, Bei Mir Bist Du Schonand Boogie Woogie Bugle Boy.

The Victory Dolls are a vocal singing group that is reminiscent of the tight harmonies of the Andrews Sisters and features many of the top Carbonell Award-winning actresses in South Florida. The Dolls are a group of women with enormous musical talents and a unique, nostalgic style who have combined a vintage look and choreography with lively, original musical arrangements. The result is an all-American show, complete with a modern-day twist on classic songs, that dazzles in three-part harmony!

Kevin Barrett is a 28-year veteran arts administration executive who has successfully managed theaters in Florida and Massachusetts during his lengthy career, to date. He currently manages the Delray Beach Playhouse and is also the CEO of Arts Center Management, a multi-platform theater management, consulting, and production company. Prior to taking over the Playhouse, Barrett managed the 1,479-seat Coral Springs Center for the Arts (1999-2016), the historic 2,611- seat Springfield Symphony Hall and the 10,000-seat Springfield Civic Center (1995-1999).

Award-winning actress, Shelley Keelor grew up in Louisville, Kentucky and is a singer, actress, headliner, cabaret artist and voice teacher, who resides in Jupiter, Florida. She and the cast of The World Goes ‘Round were honored with a Carbonell Award for Best Ensemble (2016). She’s also a Silver Palm Award winner, a “Best Supporting Actress” honoree (New Times Best of Broward-Palm Beach) and a Carbonell Award nominee for her role as Margaret White in Carrie, The Musical!