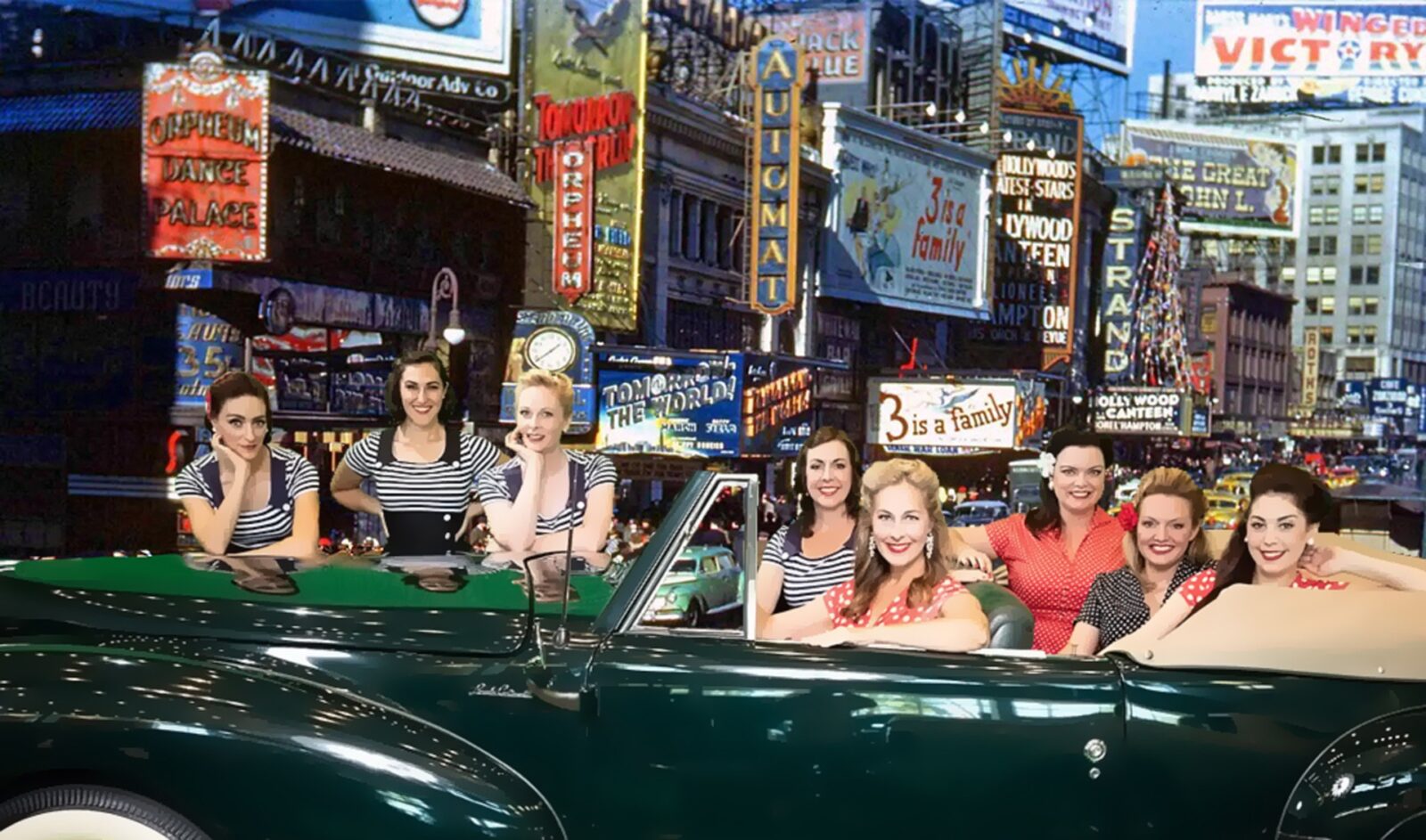 Strike up the band. The Victory Dolls are nearly ready to take the stage.

A couple of Boca Raton and Delray Beach entertainment spots will soon have a professional 1940s-style, Andrews Sisters-inspired musical harmony group to call their own.

Known as the Victory Dolls, the nine singer/actresses who make up the newly formed patriotic vocal ensemble – all familiar performers on the South Florida theater circuit – will premiere their signature program of vintage tunes, “I Left My Heart at the Stage Door Canteen,” the weekend of Sept. 20-21.

The Sept. 20 show will be presented at 8 p.m. in the Delray Beach Playhouse, 950 Lake Shore Drive. Tickets are available at DelrayBeachPlayhouse.com or by calling the box office at 561-272-1281.

The Saturday, Sept. 21 show is at 7:30 p.m. in the Mizner Park Cultural Arts Center, 201 Plaza Real, Boca Raton. Tickets are available at miznerparkculturalcenter.com or by calling the box office at 844-672-2849.

The newly minted vocal company is already booking performances at other locales, among them, the Lauderhill Performing Arts Center just outside Fort Lauderdale.

The Victory Doll shows will feature classic hits from epoch of the “Greatest Generation”: “When the Lights Go on Again,” “We’ll Meet Again,” “Hot Time in the Town of Berlin,” “White Cliffs of Dover” and many tunes made famous by the Andrews Sisters such as “Rum and Coca Cola,” “Shoo Shoo Baby,” “Bei Mir Bist Du Schoen” and “Boogie Woogie Bugle Boy.”

The Dolls have spent most of the past year rehearsing for their upcoming performances, perfecting their harmonies and offering tunes with a special twist.

Two expert musical minds brought the Victory Dolls together: Kevin Barrett, manager of the Delray Beach Playhouse for two years and former director of the Coral Springs Performing Arts Center for nine years, and Shelley Keelor, a singer from Jupiter who has performed at various local theatrical sites and had already put together her own show filled with World War II-era melodies.

Barrett said he got the idea for a wartime USO-type production when he visited New Orleans earlier this year for the opening of the new World War II Museum. The Cajun venue recreated the legendary Stage Door Canteen, which features a production of tunes from the war years sung by the resident musical group, the Victory Belles. “I thought: This would kill in Florida,” said Barrett.

He contacted Keelor who called upon talented associates and friends who wanted to get into ‘40s groove. This led to the creation of a troupe that will sing tunes from the decade of war bonds, FDR’s “fireside chats,” ration stamps, victory gardens and a cathedral-style radio in every home.

The group — the first of its kind in South Florida — is planning annual tours of the Sunshine State and beyond, and will also perform at several regional theaters each season.

“Through music and great storytelling, this all-star group seeks to honor our brave and courageous veterans, military and first responders and all who work tirelessly to protect us,” said Barrett. Performances will benefit organizations such as Honor Flight of South Florida, the Gary Sinise Foundation, Wounded Warriors Families Support and others.

Future shows will have different themes, such as “Rockin’ with The Dolls” (1950s/60s top hits), “Home for the Holidays” with the Dolls and “All Dolled Up” (Great American songbook selections).

Information about the group is available at www.thevictorydolls.com.