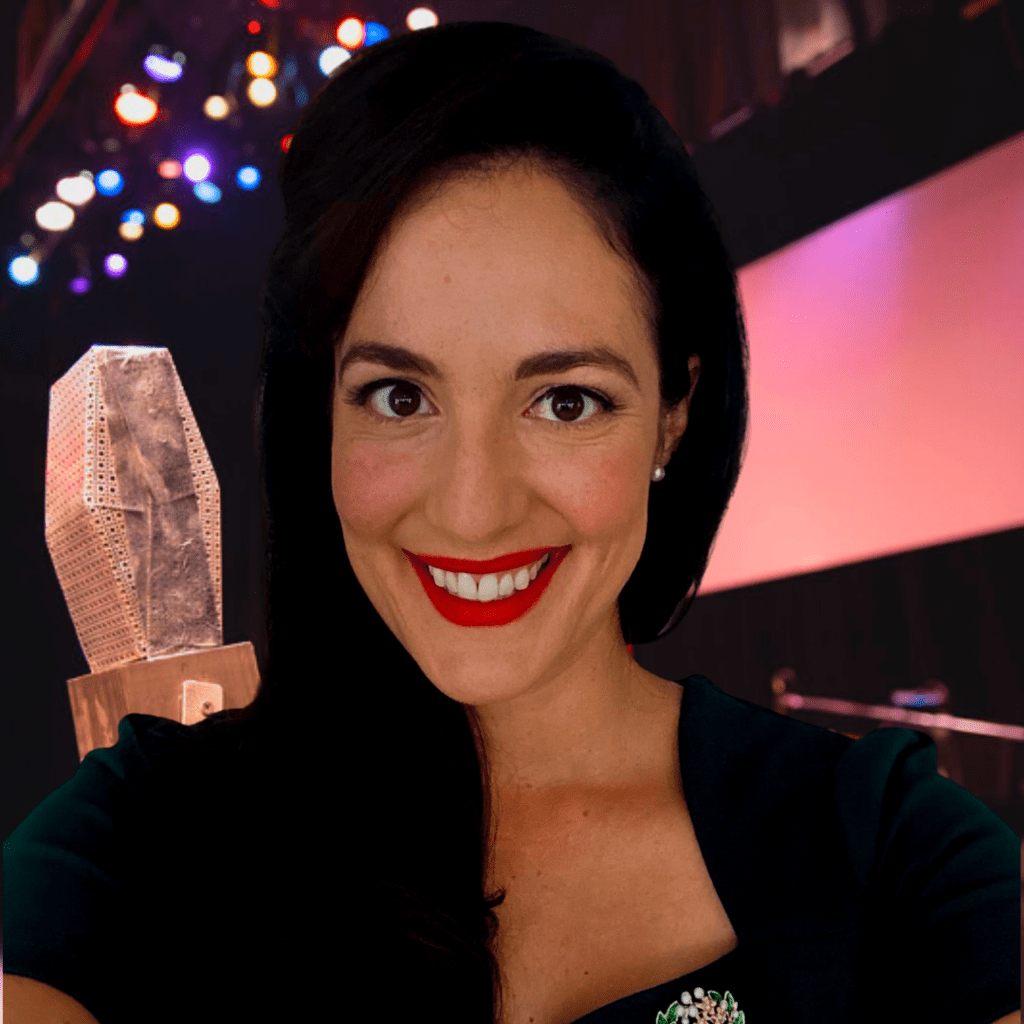 Laura Yanez has been delighting audiences around the world with her lovely soprano for over 20 years. Born in Hawaii into a Marine Corps family,Laura is no stranger to traveling the world. Graduating from James Madison University in Virginia with a Bachelor of Music in Music Theatre, Laura’s favorite roles include Maria in West Side Story, Kate in The Wild Party and Barbarina in Le Nozze di Figaro at Stadttheater Freiberg, Germany. Laura spent three years touring America and Canada as the lead singer of the Irish Phenomenon “Riverdance”. Performing everywhere from Los Angeles to Radio City Music Hall in New York City, critics have acclaimed Laura “shimmering, pure soprano” as “a delight whenever she was onstage” [The Reporter, Vacaville, CA ] “If angels could sing, they would sound like Yanez” exclaims LA’s Entertainmenttoday.net It was during this tour that Laura performed at the Kravis center in West Palm Beach and fell in love with South Florida, eventually making it her home.

Laura returned to the stage with Riverdance for the one-night engagement “Riverdance on Ice” For NBC hosted by Olympians Michelle Kwan and Nancy Kerrigan and starring a cast of Olympians including Sasha Cohen. This marked Laura’s National television debut! Other credits include the first National Tour of A Year with Frog and Toad and Lead Singer of Emerald Beat and Irish Thunder at Busch Gardens Williamsburg and Tampa. Laura has traveled around the world singing aboard Luxury cruise liners including Holland America and Asuka II. Laura is also part of the classical-crossover soprano duo “Sirene”.

Favorite song growing up: The Bing Crosby Christmas album was on all holiday season growing up and I still enjoy it every year.
Favorite cocktail: A dirty vodka martini with olives. Oh Yum!
Favorite female artist: Audra McDonald. She sings with such power and passion and crosses over to so many genres effortlessly.
Fun fact about you: I used to live in Ireland as my husband is an Irishman from Cork. My first daughter was born there and we spend time there every year.