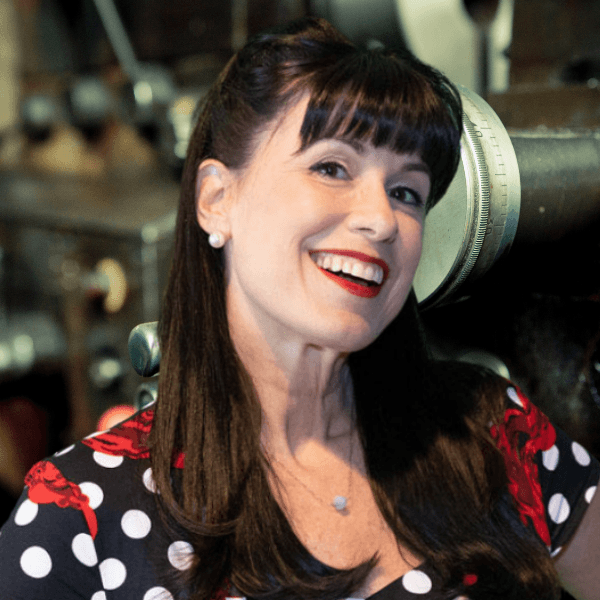 Elizabeth was born in Wurtzburg, Germany while her dad was in the army and grew up in West Palm Beach, Florida. Her earliest memory of wanting to be singer was when at around 7 years old, she would lock herself in the bathroom and sing “It’s So Easy to Fall In Love” by Linda Ronstadt at the top of her lungs. Her mom Paula is a musical theatre performer who she’s gotten to share the stage with multiple times, her brother Mick is a sound engineer and her dad is Jim Sackett who was the lead anchor at WPTV News Channel 5 for 35 years. Entertainment runs in the family! After graduating high school, Elizabeth was chosen to participate in the first year of The Musical Theatre Project of Tampa (now The Broadway Theatre Project) headed by the amazing Ann Reinking. There she worked with some of Broadway’s most talented and respected entertainers. She attended the Boston Conservatory and went on to become a member of the critically acclaimed a capella group The Voices of Liberty at Epcot Center. She has been a member of the south Florida Theatre community or over 25 years performing in theaters such as Jan McArt’s The Royal Palm Dinner Theatre, Actor’s Playhouse, Palm Beach Dramaworks, The Wick Theatre, The Jupiter Theatre, Broward Stage Door, and has been a lead vocalist in the ‘’Musical Memories’’ programs at The Delray Beach Playhouse for over 15 years. She has an immense love for all animals, especially her cat Ziggy and her three legged cat Romeo. In her spare time she works as a pet sitter. Elizabeth lived in New York for 9 years where she met and married her husband Jonathan, the coolest person she knows!

‘’I’m excited to be a part of The Victory Dolls because I love the music of that era. Not to mention the hair and fashion! The songs of that time hold so much joy and meaning for so many people and it is my great pleasure to be able to bring that to them. Also, it’s an honor to share the stage with this group of very talented women.’’

Fun fact about you I’m a competitive pool player, I love the New York Yankees and I’m obsessed with The Lord Of The Rings (books and movies)!