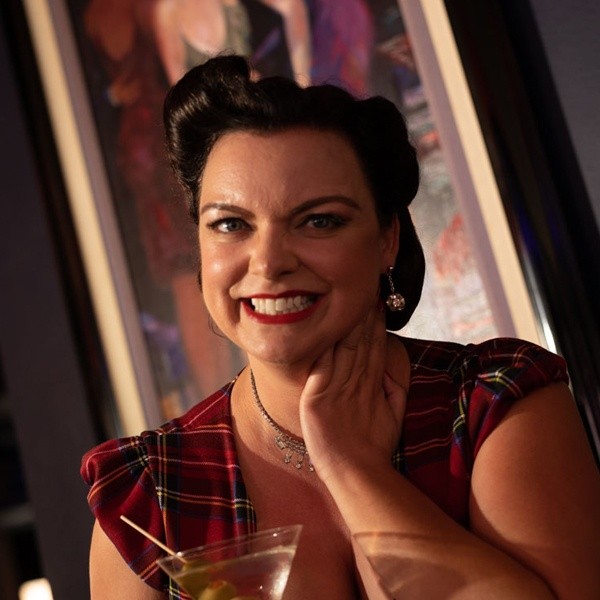 2018
Hailing from the banks of the Mississippi River in the same small town that jazz trumpeter Miles Davis was born, Alton, Illinois, Ann Marie is the fourth out of five children. She comes from a wonderfully hard-working family and many have a love for music. She spends her Monday mornings surrounded with some wonderful singers rehearsing for a group called The Contemporary Singers for Church by the Sea in Bal Harbour. She has the pleasure of being a Voiceover and Dubbing artist and voices all different kinds of characters for animated series, films, TV series, infomercials, all dubbed into English from their original language. She originally started with voicing commercials for radio spots in college and is grateful for the many opportunities in this business to expand her talents vocally. She has a cat named Kiko and is contemplating putting a harness on him so he can venture outside like I know he dreams of. Although not as good in the kitchen as her boyfriend, she enjoys cooking and experimenting with new recipes, especially from vintage cookbooks and any recipe she can find online from the Victorian era. She loves her siblings, her niece and nephews, her parents, her friends and her large extended family. She loves watching old movies with her mama and antique shopping with mama and sisters as well. She loves baseball and is a big St. Louis Cardinals fan, and also enjoys reading historical fiction novels, as well as Southern novels.

I have always felt a special connection to anything pertaining to the 1960’s and before, with an emphasis on the 1940’s, even as a child. Maybe it’s because my father is a Vietnam Veteran, my grandpa is a WWII Veteran, and brother and plenty of uncles, aunts, cousins are military veterans, too, and I love the idea of entertaining them and hopefully warming their heart with our songs catered to them. Maybe it was my family’s love of everything vintage.  Maybe it was often hearing that genre of music while growing up. Maybe it was stopping off into former WWII Veteran’s homes on my newspaper route to hear stories of that particular time period while their wives fed me milk and cookies. Maybe it was watching my grandpa, Vincent Guccione swing dancing during my childhood. Maybe it’s because all the women involved are passionate and beautiful artists whom I love collaborating with. I think it’s all of it.

Favorite song growing up There were many, but one of them was “If I Fell” by The Beatles
Favorite cocktail This changes throughout the year, but currently it’s a Moscow Mule
Favorite female artist I love many, but my #1 of all-time is probably Judy Garland
Fun fact about you I’ve been collecting anything pertaining to Jackie Kennedy Onassis since I was about 11 years old. It started off with me cutting out photos of her from Time Magazine to tape on my bedroom wall, which turned into collecting any old newspaper articles and clippings about her for my scrapbooks, and then it evolved into collecting dozens of books, and any of her memorabilia.